Tuesday, 1 June 2021: The Australian Council for International Development (ACFID) has today released analysis showing Australia is out of step with international efforts to end the violent coup in Myanmar.

Together, the United States, the United Kingdom, Canada and the European Union have imposed sanctions on a total of 38 individuals and 17 entities associated with the junta.

Since Myanmar’s military seized power from the democratically elected government on 1 February this year, the Australian Government has imposed no new sanctions on military leaders or their business interests.

Former Human Rights Commissioner and member of the UN Fact-Finding Mission on Myanmar from 2017 to 2019, Chris Sidoti consulted on the analysis and has urged the Australian Government to urgently change tact.

“There is no evidence that the strategy [not to impose sanctions] adopted by the Australian Government so far, is working,” said Mr Sidoti.

“The Myanmar military has placed itself at the centre of a complex web of commercial interests, ranging from beer to banking.”

“The Australian Government must join with like-minded democracies and hit the Myanmar military where it hurts.”

“The Australian Government should take immediate steps to sanction the Myanmar military leadership and the entities financing their operations.”

The analysis released by ACFID today demonstrates that businesses affiliated with the military provide substantial financial support for the Tatmadaw’s operations, including their wide array of human rights and humanitarian law violations.

ACFID Chief Executive Officer, Marc Purcell said it is the people of Myanmar who were paying the price of Australia’s inaction.

“Although the global coverage may have subsided, the violence and fear within Myanmar has only intensified,” said Mr Purcell.

“Over 800 people have already been killed, including more than 50 children, and thousands more injured at the hands of the Tatmadaw.”

“Australia must join with governments around the world and respond with targeted measures to limit the junta’s power and influence.”

Analysis released by ACFID shows that the Australian Government can immediately impose sanctions on individuals, including Myanmar’s military leaders, as it has done in the past.

Australia can also sanction entities through an amendment to the Autonomous Sanctions Regulations 2011. 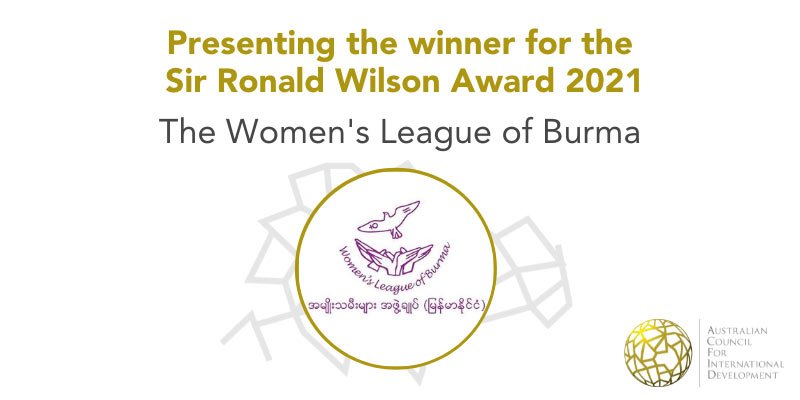